Sinkholes! Like a perfect movie villain, sinkholes conjure up the ideal mixture of mystery, wonder and terror.

They swallow up cars, cause people to flee from their homes (by the back door and through a neighbour’s garden) and cue the decent on the scene of a flurry of reflective-jacket-wearing folks to work out what happened, and how on earth they will sort out the resulting mess.

While sinkholes are not the most common UK soil related geohazard, they are arguably the most exciting. Subsidence (where certain soils dry and shrink in the hot summer months) and corrosion (rusting though pipes) are slowly developing geohazards that cause lots of (often hidden) damage to pipes and buildings in any given year, but sinkholes… well, sinkholes are properly dramatic!

Crack! Overnight, a hole has opened up! Wham! A car disappears down a hole! Splash and hiss! Whole neighbourhoods lose water and central heating to their houses!

Even the term “sinkhole” is shrouded in uncertainty. What even is a sinkhole? Well, across the UK there are 3 quite different processes which cause these terrifying and fascinating holes in the ground.

Firstly, there are sinkholes that result from dissolution. Some rocks, though hard, can actually dissolve into water over time. These soluble rocks such as gypsum and some limestones, form caves, or large voids in the ground. Then, when the hole gets big enough and close enough the surface, the land above is gets too heavy to support, and it falls into the hole. This explains why more sinkholes open up in the autumn and winter months – when the soil is wetter and heavier.

Secondly, we have sinkholes that result from mine collapse. Instead of a natural cave in the ground, man-made mines, shafts and diggings exist all over the country. Often, these were capped with wooden planks and then overfilled with rubble and soil. You can guess what happens here. Over time, these covers can rot, fail and the soil can wash into the hole. Again, after enough deeper material has been washed away into the deep hole, the surface collapses.

Finally, many sinkholes result from soil washout. These sinkholes can form when leaking pipes wash away sandy soil, forming holes very near the surface. Because these are often related to leaking pipes and fractured sewers, these holes are often found just under roads. This can lead to those dramatic scenes of cars, or busses falling through the road.

Sinkholes are damaging in their own right, but there are many secondary impacts which arise from these events. And these can be even more costly.

For example, in 2013 a water company received a report that a road was flooded from a burst water main. The repair crew rushed out to fix it, but on arrival, the road gave way under their van, and they fell through the road into a large void. This hole had been caused by the water from the pipe washing away the soil, much like when water is poured on a sandcastle.

As the van fell through the road, it fractured a gas large main. This obviously made the situation much worse as now there was a massive gas leak! The repair crew had to quickly leave the area and many of the residents were also evacuated by the emergency services. The gas in the neighbourhood had to be switched off, and a crane was brought in to winch the van from the hole.

All this time, huge volumes of water had continued to pour from the burst pipe, and had flooded the local council office basement, where all the paper records were kept! The gas network was also with muddy water. So, people were without water and gas for a sustained period, and the repair bill for all the damaged infrastructure reached well into 6 figures. Ouch.

So, sinkholes can be very exciting, damaging, and costly, but are they predictable? There are some clues we can use to help identify areas more likely at risk. We can identify soluble rocks, the location of old mines and soils with a high sand content. We can map areas most at risk to these hazards, and we know what time of year they are most likely.

But predicting when and where they will crop up on your favourite TV show? Well, that is another matter entirely. 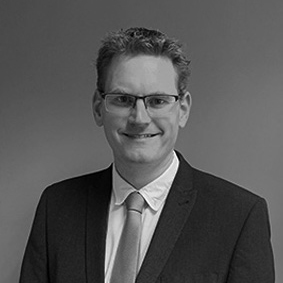