Coal and Brine - Take it with a Pinch of Salt

If you missed it, watch our webinar here: 10 Things You Didn't Know About Coal & Brine

The inclusion of Cheshire Brine in The Terrafirma CON29M has led some to believe that the two are connected hazards, however the Cheshire Brine Compensation District and coalfield areas are distinctly separate, apart from a very small overlap area.

The overlap area is approximately 18.2km² and only holds approximately 259 postcodes and 2600 properties, meaning that the number of potential transactions in this region is extremely small.

To make matters more complicated, brine pumping has also occurred outside of the CBSCB area, in regions such as Staffordshire, Lancashire and Worcestershire. Unfortunately in these areas, if you experience subsidence as a result of past brine pumping, you would not be able to lodge a claim with the CBSCB and it would be left to the homeowner to rely on their insurance or incur the costs of remediation themselves, whilst also taking the hit for any loss of value to their property as a result.

Historically in conveyancing, only properties within the CBSCB district have been searched against for potential hazards and recorded subsidence claims, and whether those claims have been commuted (i.e. no future claims can be made for this property to the CBSCB in relation to subsidence). Between 2006 – 2018 this was done as part of the CON29M, however after the Cheshire Brine Subsidence Compensation Board decided to move their records elsewhere there is no longer a requirement to carry out a CON29M for these properties except for in the small overlap area. For the properties that do require both a CON29M and a Cheshire Salt Search, to purchase the reports separately would have a minimum cost of £66 + VAT, and only cover coal and brine within the CBSCB district. However both of these areas are actually subject to additional ground risks, both from man-made mining hazards and natural ground perils – Terrafirma cover all of these as standard in our Ground Report at the modest cost of £50 + VAT.

One area that is particularly at risk of brine related subsidence is Nantwich. You may have noticed that there is a hole in the middle of the CBSCB.

This is because there were problems with local authority records at the time of formation of the CBSCB, the local authority didn’t hand over their records to the CBSCB even though there has been extensive brine pumping in the area, so all properties in the ‘hole’ are not eligible for any compensation. They also don’t fall within the official Cheshire Salt Search area, so historically purchasers have not been able to get an accurate picture of whether there is any potential for subsidence or if there has been any movement in the past. For sites within the CBSCB district, Terrafirma obtain a Cheshire Salts Search (CBSCB/Groundsure) but fortunately, Terrafirma have also compiled a huge number of records for the areas that don’t fall into the CBSCB district, so that we can give a thorough risk assessment for all sites at risk of subsidence as a result of brine pumping and mining, and back this up with our professional opinion and recommendations.

Terrafirma released the Ground Report last year which includes an official Terrafirma CON29M, all other types of mining, natural ground perils, and other hazards such as fracking, radon and mineral planning. However, we don’t just give you the data or leave you to make your own conclusions – our professional opinion transfers the risk over to Terrafirma, as we answer the big three questions:

Terrafirma answer the difficult questions, so you don’t have to.

Brine Coverage in the UK 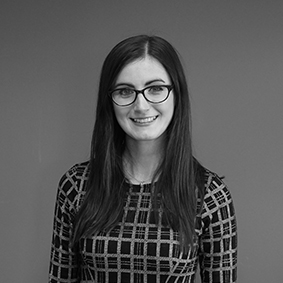