As is often the case during the winter months, there has been a spate of large landslides along coastal parts of the UK. Norfolk has taken a significant hit with regards to slope failures in recent years, including a potentially devastating coastal landslide in June 2019 threatening a nearby school, and more recently, the BBC has posted dramatic footage of a landslip at a caravan site in Norfolk. However, not all coastal areas are affected in this way and so it is crucial to understand the likelihood of landslides when buying attractive clifftop properties by the sea.

Sea cliffs form by the erosion of the sea. Material is lost from the bottom of the cliffs by the action of waves, typically during the stormy winter months, which removes support for the upper parts eventually leaving the slope unstable. Slopes may remain in this just-about-stable state for months or even years before a further event causes it to collapse in a landslide. Heavy rainfall is a common trigger for landslides as it indirectly increases the pore water pressure within the soils of the cliff face and increases the overall weight and lubrication of the soil mass, subsequently resulting in landslide initiation. Exposed sandy slopes can also be washed away due to surfacewater run-off as a result of heavy rainfall, particularly if concentrated in a low point in the adjacent land.

Coastline stability is most vulnerable where soils or relatively weak rock form sea cliffs. Where strong rock is present, cliffs can be stable at near vertical angles, and here instability is more often associated with localised rockfalls as small areas of the cliff face become loosened. Slopes composed of weaker materials are stable only at much shallower angles. These weaker materials can give rise to very large landslips, such as those seen in Norfolk, where basal wave action can easily remove marterial along their toe.

Understanding the soils and rocks forming sea cliffs can therefore provide insight into the rates of coastal erosion and where landslides are likely to take place. In the recent case of the landslide in Norfolk, the material forming the sea cliffs is a sandy/gravelly soil, rather than strong rock, so as expected this is an area of the country experiencing exacerbated coastal erosion. In weak materials, landslides can form large semi-circular concaves in the face known as ‘rotational failures’ which extend back into the cliff face. Photos of the recent landslide exhibit older ‘rotational failure’ features in the cliff face, indicating a long history of movement. Unfortunately, these older features are not always easy to see, especially if they are large and have since become covered in vegetation.

Increasingly innovative remote sensing monitoring, such as satellite data, can identify small movements in sea cliffs showing possible landslide movement. Data is also available on the rates of coastal erosion to understand the likelihood of properties being affected. In conclusion, great views and prime location do not remove the need good information and professional advice on cliff stability when buying in coastal areas.

Development of a potential landslide, Aldbrough. Image courtesy of The British Geological Society.

Image shows the extent of the Coastal Cliff base and Cliff top retreat over the period 1905-2020. Base map licensed from Ordance Survey.

Image shows visible historic landslips as semi-circular features in the cliff edge next to the caravan park. Image courtesy of Google maps. 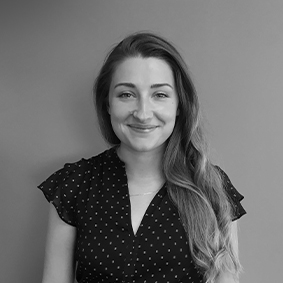