The word 'sinkhole' has become a term broadly used term to describe any hole in the ground created by erosional processes and the drainage of water. Ground hazards in the UK are often synonymous with the word sinkhole which can span from just a few feet in diameter to gigantic chasms large enough to swallow whole buildings. They can have devastating consequences as can be seen on the new three-part Sinkhole documentary which began on Monday 20 November on Channel 5 and features extensive commentary from sinkhole expert and Terrafirma CEO and founder, Tom Backhouse.

In most countries across the globe, notably Florida, they often occur as a result of natural processes but here in the UK their cause is varied, often attributed to the countries long history of mineral extraction, the dissolution of bedrock, such as chalk and gypsum and utilities failure in roads and drains.

Simply, sinkholes can be categorised as:

Both varieties are formed by the same basic mechanism but as you would expect it’s the latter type that create headlines. However, sinkholes created by wholly natural processes do occur in the UK and are found in what is known as ‘karst terrain’; areas of land where soluble bedrock (such as limestone/chalk, brine, gypsum) can be dissolved by water. With "cover-subsidence" sinkholes the bedrock becomes exposed and is gradually worn down over time, with the holes often becoming ponds as the water fills them in. In the UK, this occurs readily in locations such as Cheshire, Droitwitch, Ripon and Kent.

With a "cover-collapse" sinkhole, this same process happens out of sight. Naturally occurring or more commonly, man-made voids underneath the surface are enlarged by water erosion, with a cover of soil or artificial material (Tarmac/foundations) remaining over the top. The voids migrate as groundwater fluctuates seasonally, a heavy rainfall follows a storm event or utilities fail and eventually, as the void expands, the overlying cover can no longer support its own weight and suddenly collapses to reveal the cavern underneath.

The ground beneath our feet conceals many different kinds of hidden hazards and although rarely evident to the naked eye they are ever-present and often reveal themselves in the most dramatic and terrifying ways. These hazards can vary from landslides to mining collapses and from radon exposure to building subsidence, their invisibility making them all the more frightening as well as being difficult to perceive and therefore proactively manage.

As has already been mentioned, here in the UK many sinkholes occur as a result of its rich industrial mining heritage. But what immediately springs to mind when the word mining is mentioned; is it Sunday nights in with Aiden Turner on ‘Poldark’ and the extensive tin and copper mining industry that criss-crossed Cornwall? Or more likely, is it the vast underground network of coal mines that span large parts of England and Wales, fresh in the memories of families and local communities alike?

In reality, mineral extraction is one of the UK's greatest industrial legacies, spanning the ages of civilisation nationwide, dating back over 5000 years. As well as coal and tin, over 60 additional minerals have been scraped, quarried and mined from beneath our feet, defining the country we live in today. The results of several millennia of mineral extraction has inevitably left a scar on our landscape, some of which are represented in a city's stunning architecture, such as in Bath, or in dramatic landscapes such as the lead rakes in the Peak District.

It has also left hidden hazards beneath our feet which has led to a recent increase in sinkholes, subsidence and collapse affecting property and land, even new build housing estates such as in Bayfield Estate, Newcastle. As part of the current series of Sinkholes on Mondays at 8pm, Channel 5, Terrafirma visit a recent sinkhole that has collapsed in the West Midlands.

On the 13th August 2017, a 3-metre wide and 3.6-metre-deep hole (figure 1) appeared beneath a property in Wednesbury. The homeowner’s driveway, car and main building all sustained damage and an evacuation of the property was required. In this case, the sinkhole is believed to be the result of former coal mining activity, although investigation is suspected to be ongoing for up to 6 months. As figure 2 shows, there has been extensive surface, shallow and deep underground mining recorded in the region - leaving behind a significant industrial legacy, now all but lost beneath the quiet suburban streets of the West Midlands.

This sinkhole in Wednesbury is one of several dozen that have occurred across the UK and have been attributed to historical mineral extraction, within the last 12 months alone. Now more than ever, it is essential both professionals and the public understand the ground so any remaining risks can be effectively identified, managed and resolved.

The potential local and community damage caused by ground collapse, subsidence and/or sinkholes is substantial and any hidden hazard in the vicinity of property or land can cause significant disruption, structural damage and impact upon insurance and value.

Continuing Monday 27th November and spanning three weeks, Sinkholes from Boomerang Productions and Channel 5, explores the devastating impact these geological hazards can have on livelihoods across the UK and the globe.

Terrafirma and our CEO, Tom Backhouse, feature throughout the series providing expertise and intelligence to the real risks faced by homeowners, the public and businesses who have been and continue to be affected by these hidden hazards. The three-part documentary investigates mining and natural sinkholes across England, Wales and Scotland, looking at the science behind their occurrence and the human impact left in their wake.

Find out more or catch up on the series by visiting: 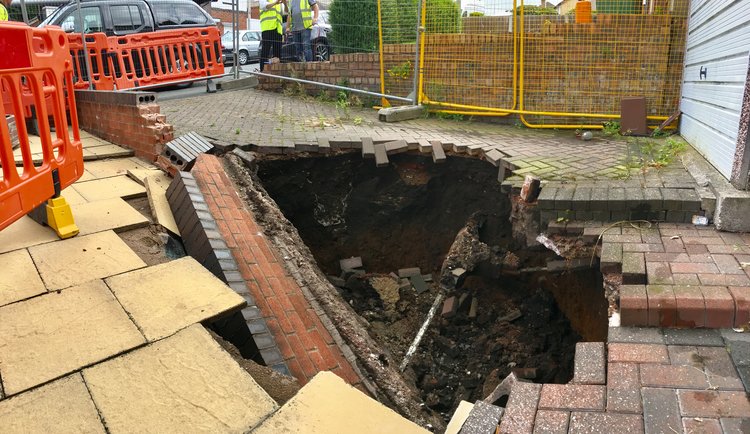 Image 1. A 3 metre wide and 3.6 metre deep hole appeared beneath a property in Wednesbury. 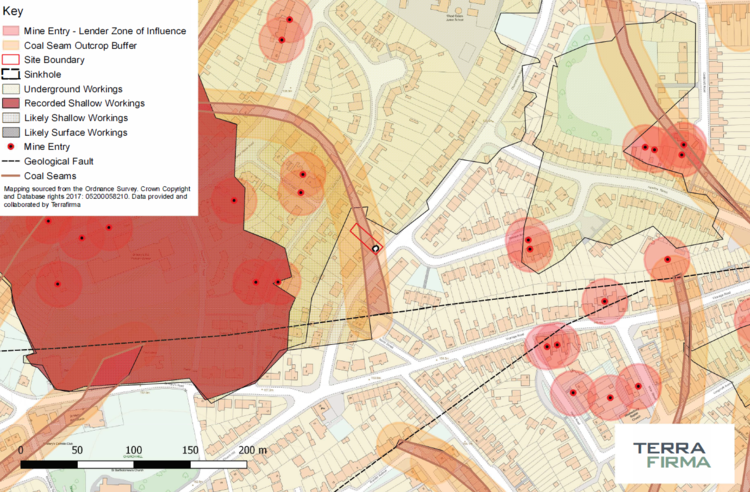 Image 2. There has been extensive surface, shallow and deep underground mining recorded in the region - leaving behind a significant industrial legacy, now all but lost beneath the quiet suburban streets of the West Midlands. 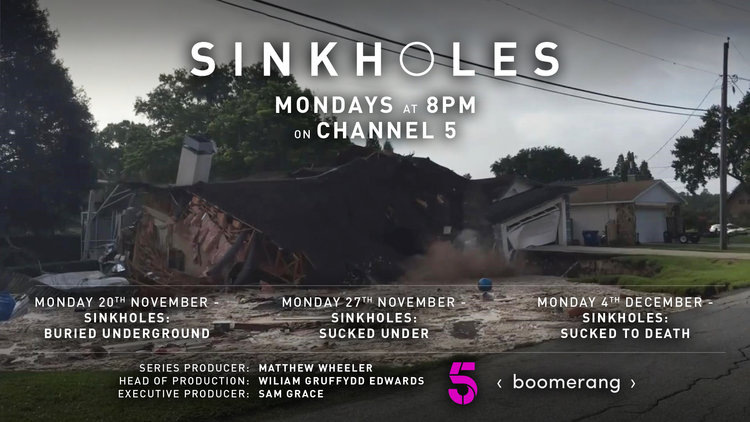