Terrafirma CEO on Rip off Britain

Earlier today, Terrafirma's CEO and Founder, Tom Backhouse featured on the new series of the Rip Off Britain: Live Series on BBC One. Tom was invited on to offer advice to a frustrated home-owner who has fallen victim to her property being located close to an historical coal mine shaft, making it impossible to sell.

The property has seen its market value drop by £61,000 and despite being up for sale multiple times, it remained unsold earlier this year at a property auction in the West Midlands.

There are over 170,000 coal mine entries in the UK, 80% of which are not treated and therefore it is not known whether they are safe or even exist in the location recorded. Historically, coal mining reports stated a 20 metre 'Zone of Influence' which encircled the suspected location of the mine entry and often resulted in several properties (as in the case of Lamborne Close above) being deemed at a high lending risk by banks. The lack of data and professional opinion used in assessing the residual risk of mine entries meant that the banks or prospective homeowner were not able to make an informed decision and where a purchase is refused, the property is left unsold and the homeowner is left trapped, as is the situation Sharon Bickley has found herself and her family in.

Terrafirma have spent over two years refining and innovating the way in which mining risks are identified, assessed and managed within the property purchase and mortgage lending process. Since the Coal Authority separated its data and reports department, Terrafirma has joined a level playing field with the government organisations report writing team, using all official Coal Authority data, answering the CON29m questions to satisfy Law Society and Lender compliance and offering the same built-in insurance policy. Read more about the Terrafirma CON29M report.

However, importantly Terrafirma have transformed the way in which mining and ground risks are assessed. Including enhanced data not available to the Coal Authority, enhanced liability protection and expert interpretation, our coal mining reports can now accurately quantify the risk to a property from nearby mine entries, hazards, shallow mining and subsidence claims. A professional opinion is provided within each report protected by £10 million liability available to all parties within a property transaction, ensuring the prospective homeowner and lender is protected from incorrect or missing information.

"This enhanced level of protection is essential due to the misconception that all liability is held with the Coal Authority, who in reality only accept financial and legal responsibility when the mine entry is found to be caused by coal mining (there are over two times the amount of non-coal mine entries in the UK than coal!)."

The importance of this change in coal mining risk assessment has recently been justified by the Technical Director of a Legal and General Surveyors (responsible for over 30+ of all mortgage valuations in England and Wales), who confirmed that they have changed the policy to accept a protected professional opinion when it comes to assessing the risk of mine entries. The age of relying on data and an archaic risk matrix based on distance is now coming to an end.

With the vast majority of both coal and non-coal mine entries untreated, it is important that lenders request expert desk-top risk modelling followed by a ground investigation to prove or disprove both an accurate location and condition of the shaft or adit. The collapse of mine entries can cause significant damage to property and livelihoods (as depicted in the figure above) and therefore should be taken seriously when identified within the boundaries of properties. In Sharon's case, the recommended next steps are to physically explore the ground beneath the property to provide a more accurate representation of the risk that may or may not be present. Considering the suspected location of the shaft combined with the fact that there has been no ground movement or structural damage in over 50 years, it is likely that the mine entry has been capped in some form by the developer when the properties were built in the early 1960's. During construction, it is possible the developers constructed a concrete raft over the mine entry, however, this can only be confirmed by ground investigation due to the lack of building records.

If you would like to watch the interview with Sharon in full, please visit the link below and select Episode 7 from the Rip off Britain: Live Series on BBC Iplayer: http://www.bbc.co.uk/programmes/b09bcsrc 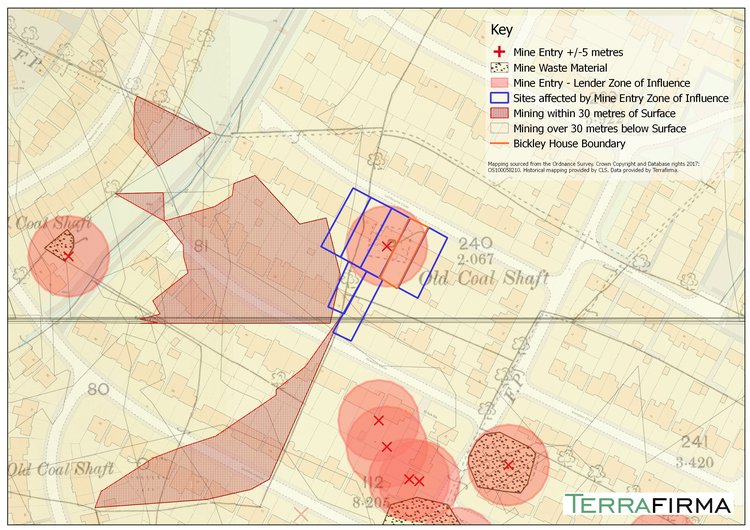 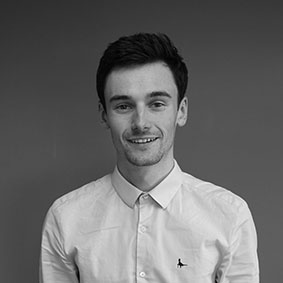