This week yet another sinkhole opened up in an alley-way just off Ripon’s main high street as the Yorkshire town continues to live up to its name. The event led to the evacuation of a nearby supermarket as emergency services assessed and cordoned off the area. Luckily there were no reports of injuries. Events of this nature pose huge risks, not just in their appearance, but also for the emergency services and other surveying teams that need to secure the site. In this case, a police-trained drone operator was sent to the site and the use of such technology by the emergency services should be seen as a positive step in managing the effects of such hazards accurately, but safely.

While it is too early to determine the exact cause of the sinkhole, its appearance within Ripon is no surprise. Ripon is built upon the Permian Brotherson Formation (marls, limestone and gypsum), capped by glacial deposits. The gypsum and other evaporite minerals are prone to dissolution, leaving voids behind; it is the gypsum solubility that allows for evolving Karst water filled cave environments to form on a human time scale and why Ripon has a higher than average number of sinkholes. Water, particularly changes within water levels or pathways, are a significant factor in the cause of such natural ground instability hazards and it’s likely that this is a factor here. In 2014, a British Geological Survey (BGS) study stated that such dissolution of the gypsum has led to a maze-like’ network of caves and tunnels beneath the town and recent work indicate that’s these sinkhole-like events are occurring in the order of once every 3-5 years (3).

Data and Interpretation – what’s next for Ripon?

There are several national databases for karstic and natural cavities, recognised within the industry. This alongside groundwater, rainfall and other climate data allows for modelling of such sub-surface environments and direct evidence for such events. Terrafirma’s new Ground report, launching in early September 2018, incorporates such datasets along with professional interpretation by geologists and engineers to identify areas where ground instability hazards exist and highlight ways to limit or prevent their impacts.

Ripon’s ground stability issues arise naturally through gypsum dissolution making the potential for further damage to property a very real prospect. Furthermore, the likelihood of future events is high, with increasing wet weather in this century potentially leading to more subsidence issues than seen in previous years. Fortunately, like many of the recent events in Ripon (4,5), there were no injuries, but with the likelihood of more of these occurrences in the future there is a very real possibility that future events will not be so lucky. While the understanding of the subsurface remains poor and the built environment resides on potential high-risk zones, correct site investigations, risk analysis and potential remediation is going to be required.

This will not be the last event in Ripon and while the nature of these events means they are difficult to predict or pin-down, additional investigation and data analysis are essential to provide a clear picture of the subsurface and the potential risks to the built environment above. Analysis of the possible effects that increasing wet weather may have in the coming months and years will help determine the potential threat sinkholes and subsidence has and will continue to have on this historic city. 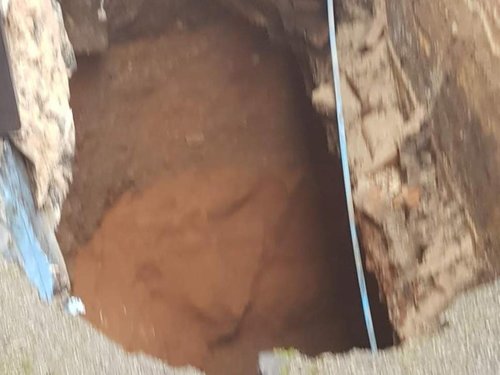 Figure 1: The sinkhole that occurred in an alley in the centre of Ripon, North Yorkshire (Picture: Harrogate Borough Council). 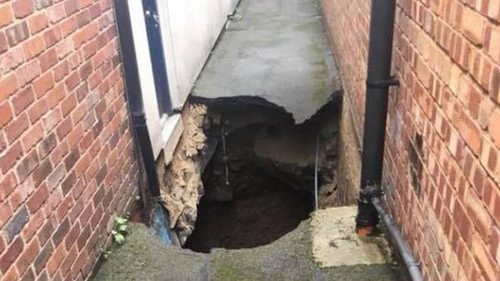 Figure 2: Scale of the sinkhole that occurred in the centre of Ripon. (Picture from reference 1).