On May 2017, an 8 metre deep sinkhole appeared on High Street Green, Hemel Hempstead, causing the road to be closed until November. This is in the same neighbourhood (within 200 metres, or less than a 10-minute walk) from the 6-metre-deep sinkhole that opened up in Oatridge gardens in 2014, resulting in the evacuation of 17 people from their homes.

The sinkhole is highly likely to be of similar genesis to the 2014 Oatridge Gardens sinkhole which formed as the result of historical land use and bedrock geology. The void now present on High Street Green is in similar size and shape as those left by historical clay extraction pits, and chalk underlying the clay rich bedrock can be easily dissolved and washed away by water supplied from leaking utilities or heavy rain, enlarging voids and increasing the risk of collapse of the overlying ground.

Numerous data sources can be combined including historical mapping, historical land use, high resolution topographic data, bedrock geology and site surveying to build conclusive evidence on the cause of this sinkhole, and the local geological hazards that exist in this area.

Our data sources indicate that subsurface voids left by historical clay and chalk mining are abundant in this neighbourhood. Records indicate that historic Brick works were present on Wood Lane End (200 metres away) and fell into disuse by the end of the 20th century. The clay rich bedrock in the surrounding area would have been excavated for brick making then infilled with loose ground, which can be washed away after periods of heavy rainfall.

17 of these clay pits are recorded to be found within 500 metres of the sinkhole, and since the sinkhole did not occur at a recorded clay pit location, more unrecorded pits are likely to be present within the vicinity. Considering the extent of recorded and unrecorded clay pits in this area, further collapses and sinkholes are considered highly likely without further investigation and remediation. 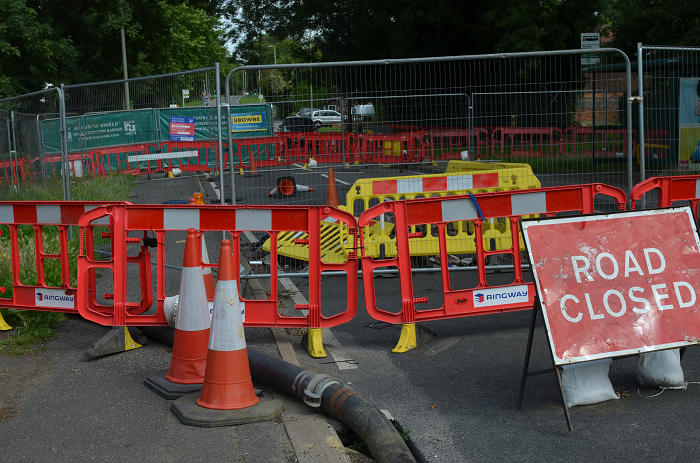