On the evening of 10th June 2019, the M25 was closed between junction 5 and 4 following a road traffic collision and the discovery of two sinkholes in the central reservation. These sinkholes have formed following the recent heavy rain, which in some parts of the country has equated to a months’ worth of rain falling within only a couple of days.

In this part of Kent, near Sevenoaks, naturally occurring cavities are common and formed through the dissolution of the local chalk bedrock and it is suspected that collapse of such cavities are the cause of the sinkholes; rainwater percolating through the soluble chalk will dissolve and create underground voids, which over time can collapse. Such phenomenon often occur during/following adverse weather conditions where large volumes of percolating rainwater and standing water can both increase the rate of chalk dissolution while also adding surface load, acting as a trigger for collapse.

The star illustrations on the map (right) show naturally occurring cavities on the stretch of motorway near Sevenoaks (recorded by Peter Brett Associates) and the pink/purple spots highlight areas susceptible to natural bedrock dissolution.

An amber weather warning has been released covering London and most of the home counties, where the Met Office says there is a risk of power cuts, flooding and travel disruption, while fast-flowing water could bring a "danger to life”, it is therefore possible that more collapses may occur over the next few weeks should the stormy weather continue. 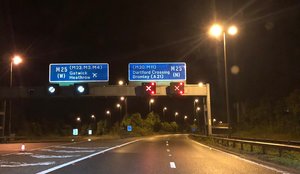 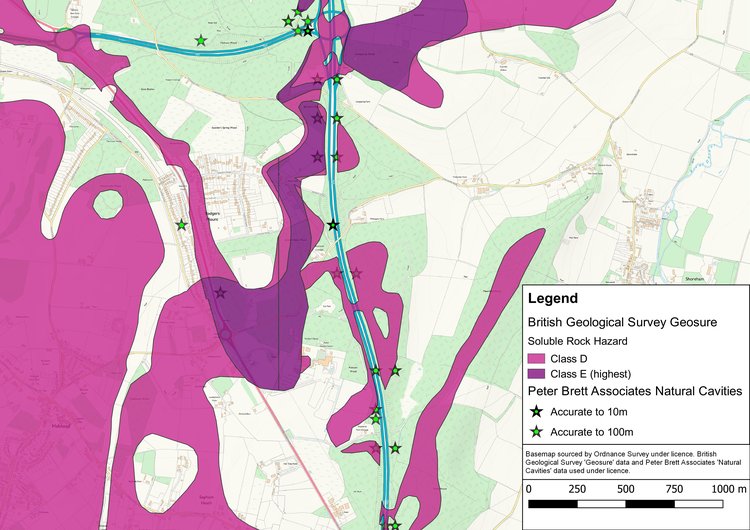