On 9th April 2016, a 20-foot-deep sinkhole appeared at Norwich’s Plantation Garden, causing subsidence cracks to the neighbouring hotel on Earlham Road. This is a stone’s throw away from the 1988 sinkhole which swallowed a double-decker bus. The Plantation Garden is itself an old chalk quarry, with multiple mining tunnels leading off it. It is the collapse of a mining tunnel that is thought to have caused this sinkhole.

The sinkhole formed as the result of historical land use and bedrock geology. The bedrock geology is predominantly chalk which has been extensively mined by surface quarrying and underground extraction in the local area. The chalk bedrock can be easily dissolved and washed away by water supplied from leaking utilities or heavy rain, enlarging voids and increasing the risk of collapse of the overlying ground.

Numerous data sources can be combined including historical mapping, historical land use and bedrock geology to build conclusive evidence on the cause of this sinkhole, and the local geological hazards that exist in this area. Old maps detail the extent of the chalk quarry on which the Plantation Garden is situated. Furthermore, multiple recorded underground chalk mines within the local area are evidence of extensive historical mining.

The site is located within an area that has that has been extensively exploited for chalk by surface quarrying and underground mining. Our data sources, and online sources indicate that the Plantation Garden was built upon an old chalk quarry with underground mining tunnels leading off it. Multiple underground chalk mining features are recorded within 500m of the Site, suggesting extensive chalk mining occurred within the local area. Therefore, prior to development of the Site, it is unlikely that sufficient remediation or engineering site investigation works were conducted to mitigate the risk of ground instability. Considering the extent of recorded and unrecorded chalk mines in this area, further collapses and sinkholes are considered highly likely without further investigation and remediation. In this instance, a combination of the load applied by surface construction and dissolution of the chalk bedrock by rain/utilities water caused failure in the roof of the underground workings and the development of a sinkhole at the surface. 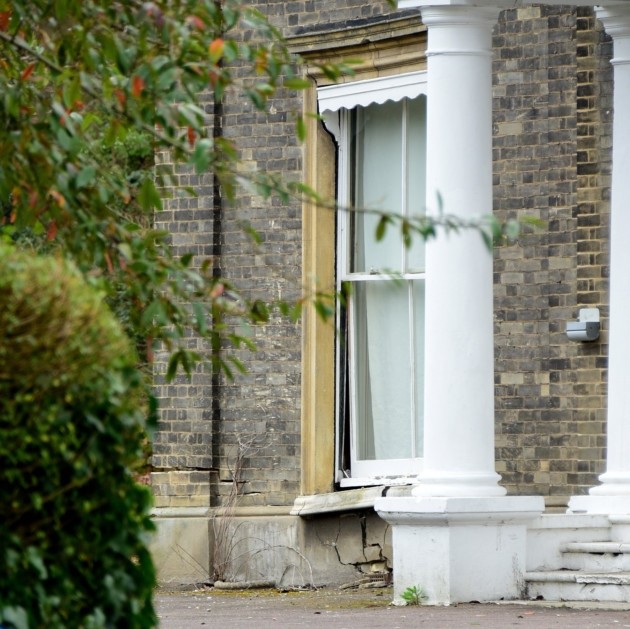 Cracks showing in the house due to subsidence. Image courtesy of Eastern Daily Press Property.co.uk 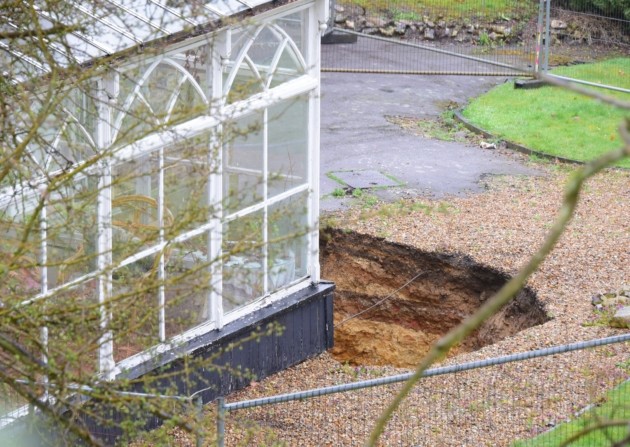