Coal Mining and the Need for Interpretive Analysis

A sinkhole has formed during September 2015 on Bull Street, Lower Gornal Dudley, West Midlands. As a physical example of ground subsidence, the Bull Street Sinkhole (BSS) is hardly remarkable; with a diameter of 2ft and a depth of 6-9ft1, the BSS is a relic of historical mine workings, typical of those that form in the regions of the UK with a pronounced mining legacy. In this instance, the degradation of historic shallow coal workings (the exploitation of coal seams at depths of 30m) triggered subsidence, though subsidence caused by the exploitation of a further 60 resources (tin, lead, copper, iron, sandstone, chalk and limestone just to name a few) is common across the UK.

The coal workings responsible for the formation of the BSS are associated with the historic Dock Colliery, active between 1910 and ~1940. The absence of Coal Authority data to suggest the presence of coal seams or faults beneath the BSS is notable, considering that shallow underground workings have been recorded beneath areas of Bull Street, and unrecorded workings are suspected to extend beneath the entire road and surrounding area. Why would shallow underground coal workings exist in an area devoid of coal seams? Perhaps unsurprisingly, investigation of BGS data (a separate dataset operated and distributed by the British Geological Society) reveals the presence of the enigmatic coal seam 16m from site of the BSS, and an additional fault within 12m of the BSS.

While it is intuitive that coal workings are likely to indicate the presence coal seams, non-interpretive searches can only generate recommendations based on the data input. As such, gaps within a dataset can severely alter the outcome of a non-interpretive mining search, even though the simplest geological interpretation would immediately flag disparities within the dataset. This is an issue that is compounded by the lack of an exhaustive nationwide mining dataset; the best coverage is provided by combining multiple datasets, of which The Coal Authority, The British Geological Survey (BGS) and Historical Mapping are just a few.

This is a growing problem for conveyancers, since small gaps in data can drastically change the interpretation of a mining search, which can have serious implications regarding legal liability. A report that flags the presence of suspected shallow underground workings, but omits a fault and a coal seam (i.e in this example, a search based solely on Coal Authority data) is likely to ‘pass’ the search. In this case the conveyancer can notionally tick a box in his due diligence and proceed to recommend to the lender and purchaser that the deal progresses. In doing so, the residential conveyancer effectively becomes legally liable for any damages that should occur to the property via ground subsidence, in accordance with Law Society and Council of Mortgage Lender Handbook.

However, should a fault or coal seam be detected, further interpretation of local geological and mineral workings conditions would have been required to quantify the subsidence risk to the Site, which could escalate to a full site survey. This is almost certain to detect any void space associated with coal seams or faults that pose a risk to the stability of the property, before the transaction can take place, which is of obvious benefit to both the conveyancer and purchaser. 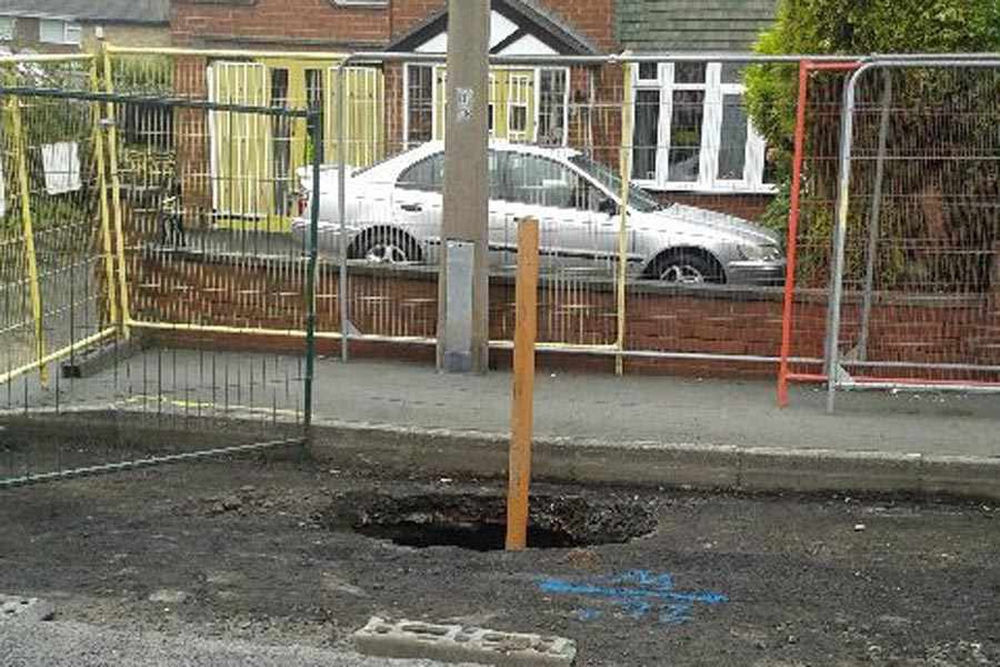