As the year rapidly draws to a close, we thought we would summarise this amazing year, including providing a top 5 of our 'What Lies Beneath' blogs and our key 2017 events.

2017 has been a year of change at Terrafirma. Time and resource was invested in the Terrafirma brand, sales, marketing and educational material – creating a recognisable and professional brand identity for the first time, embodied by our new website and our tagline ‘understand the ground’.

In 2017, Terrafirma provided over 250 hours of training, workshop and Continued Professional Development for professionals across the UK. We have also focussed our academic projects on exploring the hidden hazards that the ground can pose – including an industry-first analysis of sinkholes in the UK. This analysis cumulated in late November with a three-part documentary series exploring Sinkholes, on Channel 5. Terrafirma were heavily involved in the research and production material for the series and Terrafirma CEO, Tom Backhouse, co-hosted an episode investigating the impact of mining sinkholes on people, property and investment across the UK and the world.

Summer 2017 – Terrafirma moves, expands and re-brands. The second half of 2017 has been one of huge change a Terrafirma, with an office move to Bristol and our team expanding to 12!

July – Terrafirma CEO, Tom Backhouse received a special ‘Outstanding Achievement Award’ at the Modern Law Conveyancing Awards 2017 for his contributions to the innovation of environmental risk assessment in the conveyancing process.

November – Terrafirma was published in RICS Land Journal exploring the context and lessons to be learnt from the Bayfield Estate coal mining related subsidence case.

November – Terrafirma was involved in a three-part sinkhole documentary series for Channel 5 and release its industry first, SinkholeAlert using its innovative sinkhole database.

In October 2017, BBC’s Rip Off Britain featured the story of Sharon Bickley and the attempted sale of her property in the West Midlands. Despite multiple attempts, Sharon is the unfortunate and frustrated victim of blight by the presence of an abandoned mine entry situated near her property. Terrafirma has spent a lot of time (and continue to do so) with Sharon on her journey, which in October led to a TV appearance on BBC One’s Rip Off Britain. Sharon and Terrafirma CEO Tom Backhouse, explored the nature and existence of such features and why it has had such a huge impact on her family’s life.

One of the most high-profile events of the 2017 was a sinkhole at Pinner Wood School, London in July. An initial assessment of the site found that the collapse was linked to a huge network of voids and tunnels of an ancient chalk mine which forced the immediate closure of the school. Since then, extensive investigation and remediation work has taken place at the site – with hundreds of boreholes drilled and thousands of tonnes of bulk infilled used to fill the ancient mine workings. The investigation and remediation of the school has been undertaken by Terrafirma research and commercial partners, PBA and Geoterra. Terrafirma were asked to assess the site back in July to understand the causes of the event and as we move in 2018, it looks like works have progressed successfully for the school to reopen in the New Year. Hopefully then, a happy ending to some significant disruption.

3. Could the Wednesbury Sinkhole have been predicted?

In August 2017, a sinkhole appeared in a quiet suburb of Wednesbury, leaving a car and house teetering on the edge of the abyss. Terrafirma’s CEO Tom Backhouse, was at the site and spoke to residents on the Channel 5 documentary about the nature of the event and the further investigations likely required to secure the property. Back at Terrafirma HQ, our COO Danny and the Team at Terrafirma explored the event in detail and asked – could it have been predicted? Read more by clicking the title.

In July 2017, a sinkhole appeared in Neath, causing disruption and highlighting more significant fears about the stability of the ground in the neighbourhood. Terrafirma has reported on previous sinkholes in this area and with this the fourth event in just two years. Terrafirma’s CEO was featured on BBC Local news, media and radio explaining the likely causes of the sinkhole and what could be done to proactively investigate these poorly understood hazards.

First off, we go back to May and one of the most significant ground collapse events of this year – particularly to the residents of this area of Hemel Hempstead. The development of an 8-metre-deep sinkhole at High Street Green was not just significant because of the disruption to local people and services, but also because it re-ignited memories of a similar collapse just 3-years prior at Oatridge Gardens. Here Terrafirma explored the new event and whether it was a case of lightening striking twice.

From Terrafirma we wish everyone a Merry Christmas and Happy New Year. We are all looking forward to an exciting 2018! Stay tuned throughout 2018 and beyond for more blogs, industry and national media and of course, TV, featuring the expertise of the Terrafirma team, exploring, uncovering and investigating the many and varied hidden hazards the ground poses. 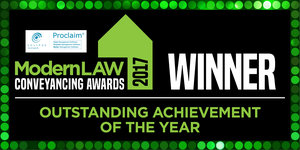 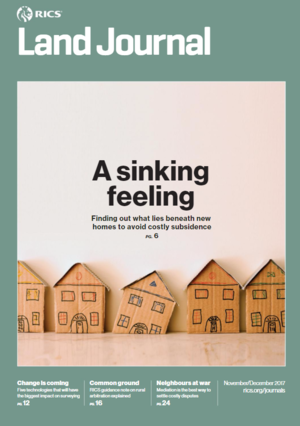 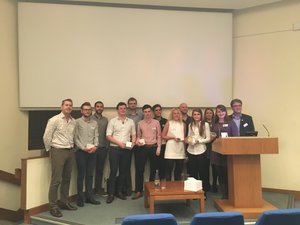 Danny Powell-Thomas speaking at the University of Bristol 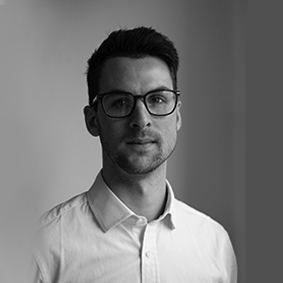